Why DC leads for remote jobs (and how to land one)

Its research shows there are currently 81.37 remote-friendly jobs per 1,000 jobs in the District, which has a remote job employment rate nearly double the state average.

Part of the reason D.C. ranks at the top of the list is because it is being compared with states. D.C. is almost entirely urban without rural areas where the mix of jobs varies from cities. But part of the reason is also because of the unique makeup of occupations in D.C.

“I think the real story around D.C. is that it is really this epicenter of this broad knowledge work, from political and management consulting, to law, defense and startups. I think there is just such a high concentration of those jobs in the area, and most knowledge work jobs really skew well toward remote,” said Mike Gardon at CareerCloud.

A good candidate for many remote jobs requires characteristics that differ from the broader job market. When applying for them, candidates should be sure to stress skills they have beyond their primary occupational skills.

CareerCloud suggests including secondary tech skills necessary for remote work, such as proficiency with Zoom and Slack, Google Drive and project management apps. Companies are looking for candidates that use programs like those as they grow their own remote work capacity, CareerCloud said.

And show you can do the job without working physically with others.

“We’re really talking about skills around time management and focus. So those are really the keywords you would want to convey in a resume,” Gardon said. “And then if you are able to tell a story about how you are able to manage yourself in an unsupervised capacity, I think you will stand out in an interview.”

Interviews for remote-friendly jobs will likely be virtual themselves, so stepping up your video conference game is another way to stand out. Tips include practicing eye contact by looking directly at the camera (not at yourself on the screen), setting up the camera at eye level, using a neutral background and good lighting, and testing the camera and audio ahead of time.

People skills may not sound as vital when not working around other people, but Gardon believes they’re generally more important.

“You have to communicate through different channels and you don’t have access to feedback loops that you have in face-to-face communications like body language,” Gardon said.

As far as cities go, D.C. has so far bucked the trend of urban flight seen elsewhere as the pandemic has accelerated the adoption of more remote-friendly jobs.

“It stands out in terms of what we’ve been seeing as a trend of people fleeing larger cities and moving to suburbia or more the middle of the country,” Gardon said. “So I think that is something to watch. Does D.C. continue to show strong people growth within the city itself, or does it succumb to the rest of the trend that we’re seeing nationally?”

Remote working is now a top demand for job hunters

Remote work could kill office culture, which is probably a relief for many 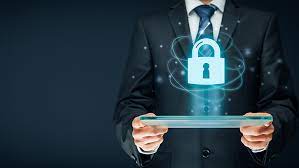 The challenge of remote working and cybersecurity

Why DC leads for remote jobs (and how to land one)