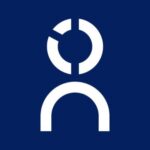 Knoetic is an online platform built for chief people officers and unify a social network and a SaaS analytics tool in the same platform. Knoetic, a startup “built with Chief People Officers, for Chief People Officers,” announced an $18M Series A round of funding led by Accel. Over 100 angel investors also participated in the round,

Knoetic is the first company to unify a social network and a SaaS analytics tool in the same platform. By embedding its exclusive social network of 1,000+ world-class Chief People Officers, CPOHQ, directly into its people analytics software, the resulting “Insight Engine” gives CPOs both quantitative and qualitative insights, enabling them to make smarter, holistic decisions about their workforce.

Chief People Officers use Knoetic to build their board decks, present data to their CEOs, solve challenges with peers, and improve their employee retention, compensation, and hiring.

Over 1,000 other Chief People Officers use Knoetic’s exclusive, referral-only community (named CPOHQ) to discuss their most pressing challenges. These include navigating the COVID delta variant, transitioning to remote work, and scaling through hypergrowth.