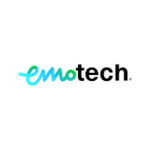 Founded in London, the UK in 2015, Emotech is the world’s first AI company dedicated to exploring multimodality. Emotech offering software licensing services that allowing companies to implement user experiences for their products and services. It has been selected as one of the Top 14 Startup teams in Europe by TechCrunch. The flagship product Olly, the world’s first robot with personality, is a ground-breaking blend of our software and hardware and a 4-CES-Award-Winner in 2017. Last year, Olly is also awarded both as ‘Top Ten Popular Projects’ and ‘The Best of 2018 among the Ten most Popular Projects’ in the China International Technology Fair. 28th Feb this year, Emotech has been selected as the winner of One to Watch award at the London Business Awards hosted by London & Partners. Emotech has been reported many times by the international front-line media such as Financial Times, BBC, The Guardian, People’s Daily, Xinmin Evening News, etc., with its world-leading technology and innovative products. CEO Hongbin and Co-founder Chelsea were both selected as Top 100 Asian Stars in UK Tech by Diversity UK. The same​ year, the Lord Mayor of London in partnership with PwC awarded CEO Hongbin with 2018 Excellence in Innovation & Technology, Chinese Leaders Business Awards. Co-founder Chelsea was ranked 8th on the ‘Top 100 list of Black, Asian, and minority ethnic leaders in technology’ list.