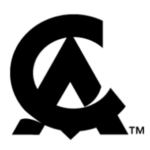 Creative Assembly is a U.K.-based company that was founded in 1987 and the company was acquired by Sega on March 9, 2005.